History of Kamusi through 2011

The Kamusi Project arose from a student's frustrations at learning the Swahili language. It became a central resource for that language worldwide. It is now using that experience to benefit languages throughout Africa. Martin Benjamin was learning Swahili to prepare for his Anthropology PhD research. While on a Fulbright intensive language studies program in Tanzania in 1993, he was regularly stymied by the old Swahili dictionaries then available, which were confusing and incomplete. He read about a project that had used something called “the Internet” to parcel out the work of breaking supposedly uncrackable cryptographic code, and thought a similar process could be applied to writing a new Swahili dictionary. He mentioned the idea to Ann Biersteker, his Swahili professor at Yale University, who encouraged him to write a proposal to the local branch of the Consortium for Language Teaching and Learning (CLTL). The Consortium approved the proposal in autumn 1994. In December of that year, in the same week that Netscape released the first “web browser,” the Kamusi Project was born.

The first step was for Benjamin to enter about three thousand terms into a spreadsheet, copied with permission from existing learners' glossaries. He then divided those terms into packs of 100 and put those files on a “gopher” server that people could access via a command line interface and dial-up modem. The intent was for volunteers to each expand one pack with new terms, and to keep subdividing the packs as contributions rolled in. That idea never really worked, however, because the process was too cumbersome and the number of Swahili enthusiasts using computers was too small. Instead, the project received copyright permission for a large out-of-print dictionary by Charles Rechenbach, was awarded a larger grant from the full CLTL, and concentrated on data entry and the development of a website (Yale's first in the social sciences or humanities) to distribute the results to the public.

In 1996, Dr. Biersteker was awarded funding for the project from the United States Department of Education's International Research and Studies program (IRS). This grant enabled the development of the “Edit Engine,” a tool that makes it possible for anyone to help edit dictionary entries. The Edit Engine went live in 1999, a year before Wikipedia began with a similar model (and with the important difference that all Kamusi changes must be approved by an editor before becoming public). At the same time, data became available through a searchable online database, rather than having to be downloaded as text or Excel files.

A second IRS grant in 2003 supported many additional features, such as a photo uploader for users to illustrate dictionary entries with appropriate images, a parser to return useable dictionary entries from conjugated verbs, and a grouping tool to organize entries according to priority and sense. By 2006, the Kamusi Project was being used about a million times a month by 60,000 unique visitors.

2007 marked a major transition for the project, which had run out of funding. Benjamin had left Yale, where the project was still housed, and moved to Lausanne, Switzerland for family reasons. Several interesting potential partnerships were emerging around the idea of expanding the Kamusi model to other African languages. However, these projects for the international public were better housed at an institution devoted specifically to the cause of language development. It was decided to move the project to the care of the non-profit World Language Documentation Centre, based in Wales, as an interim home while steps were taken to incorporate Kamusi independently. The online presence was established as kamusiproject.org, and then kamusi.org when that name was donated by its original registrant. There have been some technical problems maintaining a robust server using cloud-based services, and some project features are still waiting to come back online after the transition, but most functionality has remained available to most users despite the unfunded platform relocation.

Incorporating Kamusi was completed in 2010. The organization is actually two legally independent non-profit entities: Kamusi Project USA for American-based activities and Swiss-based Kamusi Project International for projects with the rest of the world. Our US status makes it possible for Americans, historically Kamusi's most generous supporters, to continue contributing to our work. At the same time, Swiss incorporation facilitates work with partners throughout Africa, due to Switzerland's special open relations with most of the world. The two organizations have independent boards and completely separate accounting. Dr. Benjamin now serves as Executive Director of both NGOs.

Since 2007, the Kamusi Project has embarked on several exciting new initiatives:

The history of the Kamusi Project has been one of both innovation and struggle. Funding resources for African languages are few and far between, and the project has found that it is very difficult to make progress unless key partners can be remunerated for their time. Nonetheless, the Kamusi Project has pressed forward to become the world's most used resource for the Swahili language, and is now in a technical and regulatory position to provide similar services for many more of the languages spoken by Africa's one billion people. Many new and innovative projects are now in the pipeline, with partners from countries throughout Africa. The next chapters of this history are poised to be written. 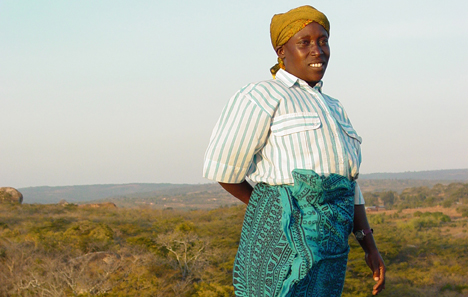